E.B. White On Democracy: A Conversation

Join the Maine Writers & Publishers Alliance and SPACE Gallery for a conversation sparked by the publication of E.B. White On Democracy (Harper Collins). While many of the book’s selections first appeared in the New Yorker, others appeared closer to home in the Bangor Daily News and Ellsworth American.

The conversation will include Martha White (the collection’s editor, and author’s granddaughter), Ryan Fecteau(Maine Representative and Assistant House Majority leader), Zach Heiden (Legal Director at the ACLU of Maine), and Melissa Sweet (revered illustrator and author).

About E.B. White On Democracy

Decades before our current political turmoil, E. B. White crafted eloquent yet practical political statements that continue to resonate. “There’s only one kind of press that’s any good—” he proclaimed, “a press free from any taint of the government.” He condemned the trend of defamation, arguing that “in doubtful, doubting days, national morality tends to slip and slide toward a condition in which the test of a man’s honor is his zeal for discovering dishonor in others.” And on the spread of fascism he lamented, “fascism enjoys at the moment an almost perfect climate for growth—a world of fear and hunger.”

Anchored by an introduction by Pulitzer Prize-winning historian Jon Meacham, this concise collection of essays, letters, and poems from one of this country’s most eminent literary voices offers much-needed historical context for our current state of the nation—and hope for the future of our society. Speaking to Americans at a time of uncertainty, when democracy itself has come under threat, he reminds us, “As long as there is one upright man, as long as there is one compassionate woman . . . the scene is not desolate.” 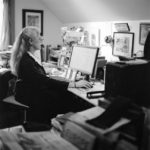 Martha White has been a full-time writer and editor since 1987 and has a broad background in journalism, opinion columns, syndicated features, humor articles, book reviews, essays, and fiction. Her freelance articles have appeared in the New York Times, Boston Globe, The Christian Science Monitor, Country Journal, Down East, Early American Life, Family Circle, Garden Design, Yankee, and other publications. For many years, White worked as a contributing editor for Yankee Publishing and The Old Farmer’s Almanac, also writing two weekly columns for the United Feature syndicate. Her first book, Traditional Home Remedies, was published by Time-Life for The Old Farmer’s Almanac Home Library series.It has been White’s special pleasure to become the literary executor for her grandfather, E. B. White. In 2006, she edited the revised and updated Letters of E. B. White (HarperCollins) and, since then, she has compiled two more collections of E. B. White’s work: In the Words of E. B. White: Quotations from America’s Most Companionable of Writers (Cornell University Press, 2011) and E. B. White on Dogs (Tilbury House, Publishers, 2013). 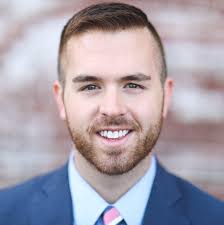 Ryan Fecteau is a third-term member of the Maine House of Representatives. He operates a retail store in Ogunquit, Maine. Fecteau was born and raised in Biddeford and attended Biddeford High School. He completed a four-year degree at The Catholic University of America in Washington, D.C., where he studied political science and theology and religious studies. He previously chaired the LCRED Committee in the 128th Legislature and now serves as the Assistant House Majority leader. His areas of focus include being a strong voice for seniors, standing up for public education and making Maine more attractive for young people to work, live and raise a family. 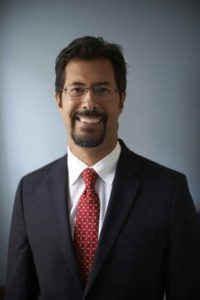 Zach Heiden is the Legal Director at the ACLU of Maine. He has litigated cases to defend the civil rights and civil liberties of artists, immigrants, journalists, pregnant women, prisoners, protesters, religious minorities, students, beer labels, and whistleblowers. In 2008, he served as a member of the Maine Judicial Branch Indigent Legal Services Commission, which helped restructure the delivery of constitutionally-mandated legal representation to indigent individuals. Zach has also served on the Judicial Branch Taskforce on Electronic Court Records Access and the Judicial Branch Advisory Committee on Fees. In 2012, Zach served on the Executive Committee of Mainers United for Marriage, the statewide campaign to win marriage equality. Zach has served as an adjunct professor at the University of Maine School of Law, where he taught constitutional law. He earned his J.D. from Boston College Law School (2002), and he was awarded the Law School Alumni Association Award at graduation. During law school, Zach served as managing editor of the BCLS International and Comparative Law Review, and he founded BC Law’s first chapter of the American Constitution Society. 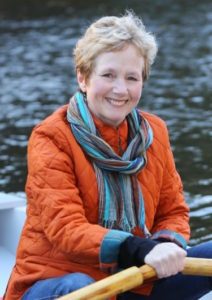 Melissa Sweet has illustrated over 100 books as well as many toys, puzzles, games for eeBoo. Her work has been in magazines, on greeting cards and as drawings on her living room walls. She has written four books: Carmine: A Little More Red, a New York Times Best Illustrated book; Tupelo Rides the Rails; Balloons Over Broadway: The True Story of the Puppeteer of Macy’s Parade, a Sibert Award winner (for informational books) and a NCTE Orbis Pictus winner (for nonfiction).  Her most recent book, Some Writer! The Story of E. B. White, was a New York Times Best Seller and garnered an NCTE Orbis Pictus award. Melissa has illustrated three books by author Jen Bryant: A River of Words: The Story of William Carlos Williams; The Right Word: Rogetand His Thesaurus, both garnered Caldecott Honors. A Splash of Red: The Art of Horace Pippin, was a Sibert Award and Orbis Pictus Award winner.