More Content
The Guardian: "Laraaji: The Brian Eno of Laughter"

sponsored by (and piano provided by) Starbird Music & Piano Gallery.

Laraaji is an experimental and improvisational artist, composer, performer, vocalist, laughter activist, and multi-instrumentalist specializing in zither, piano, and mbira. Hailed as one of the forefathers of both ambient electronic and new age music, Laraaji is best known for his 1980 collaboration with Brian Eno, Ambient 3: Day of Radiance, his first album released under the name of Laraaji.

This international exposure led to requests for longer versions of his compositions which he supplied to meditation groups on cassette tapes. It also resulted in an expansion of his mystic studies with such gurus as Swami Satchidananda and Shri Brahmananda Sarasvati, founder of the Ananda Ashram in Monroe, New York. During this time, Laraaji produced and hosted “Celestrana”, a NYC public access TV show melding new age spirituality, healing music, and puppet comedy into a free-form feel-good 30-minute entertainment program.

Born in 1943 as Edward Larry Gordon, Laraaji attended Howard University in Washington D.C. on a scholarship to study composition and piano. He later spent time in New York pursuing a career as a stand-up comedian and actor. In the seventies, Laraaji began his lifelong study of Eastern Mysticism, was initiated as a swami, and merged music with spiritual practice.

Following an intuition, he bought a zither from a local pawn shop, converted it to an electronic instrument, and, while busking in Washington Square Park, Laraaji was discovered by Brian Eno who offered to produce him on the spot.

Arjhiroula “Arji” Cakouros (OceAnanda) is a sound healer, musician, Reiki master and Dreamwork dream interpretation teacher based in Niskayuna, NY. Her personal commitment to supporting others in achieving radiant health is rooted in her ancestral Hellenic Asclepian and Pythagorean healing traditions. She has been assisting and collaborating with Swami Laraaji Nadananda since 2008, offering Healing Sound events and Laughter Immersion experiences in many venues worldwide. 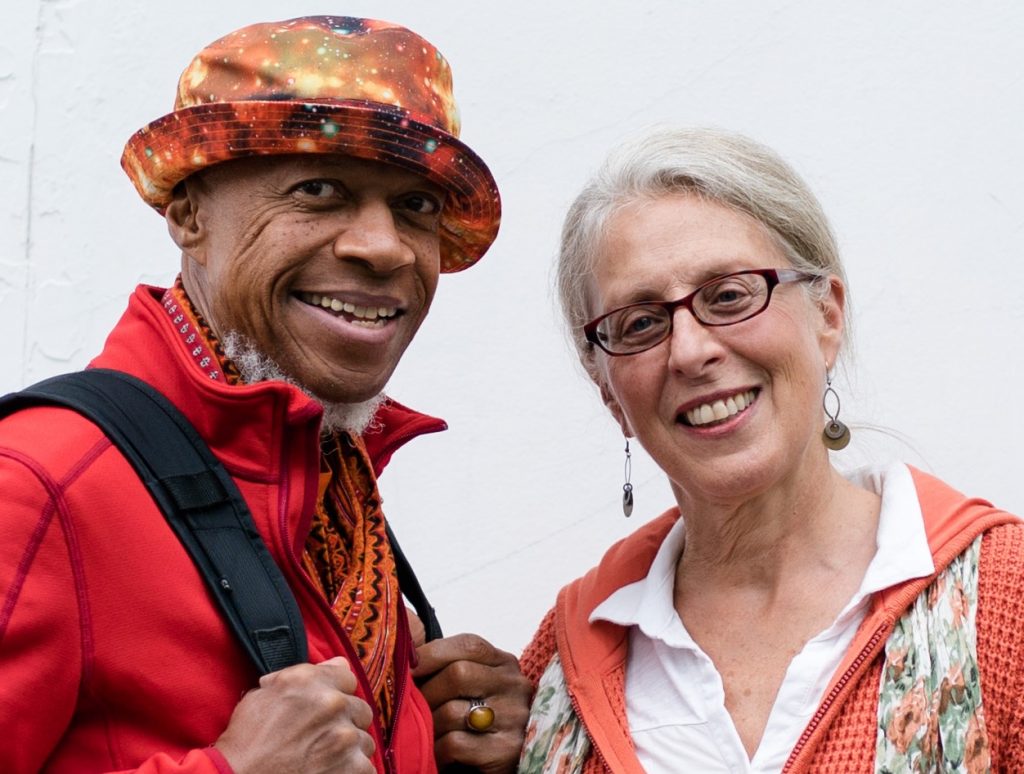