I find manufactured objects to be marvelous participants in narrative constructions. The world of toys and their role in the stories we live by and tell each other and ourselves maps the realm of my art practice. Walter Benjamin wrote, “Children do not constitute a community cut off from everything else…their toys cannot bear witness to any autonomous separate existence, but rather are a silent signifying dialogue between them [children] and their nation.”

I find myself returning to the Benjamin quote over and over again in my writing, but in this body of work I have set out to manifest this ‘silent dialogue’ as deliberate objects. The conceit of the Dime Star work is the story of the (defunct) Mainline Toy Mfg. & Sales company of Chicago, Illinois. Mainline Toy apparently produced this series of character toys and ephemera. The Dime Star character appears to be a combination of spaceman, cowboy and police man and was perhaps meant to be marketed as one toy that could satisfy a multiplicity of children’s desires or perhaps profit from three markets at one cost. It seems the Dime Star line of toys and products were not sold through toy stores but were sold direct to children via door to door salesmen, hence the company slogan on one end of the box, “Every door is a Dime Star store!”

Due to a performer’s possible Covid-19 exposure and rain in the forecast, the status of the July 25th Steve Gunn and William Tyler show at Greenwood Garden is unclear. We will update all ticket holders and the public on Saturday, July 24th with more information. 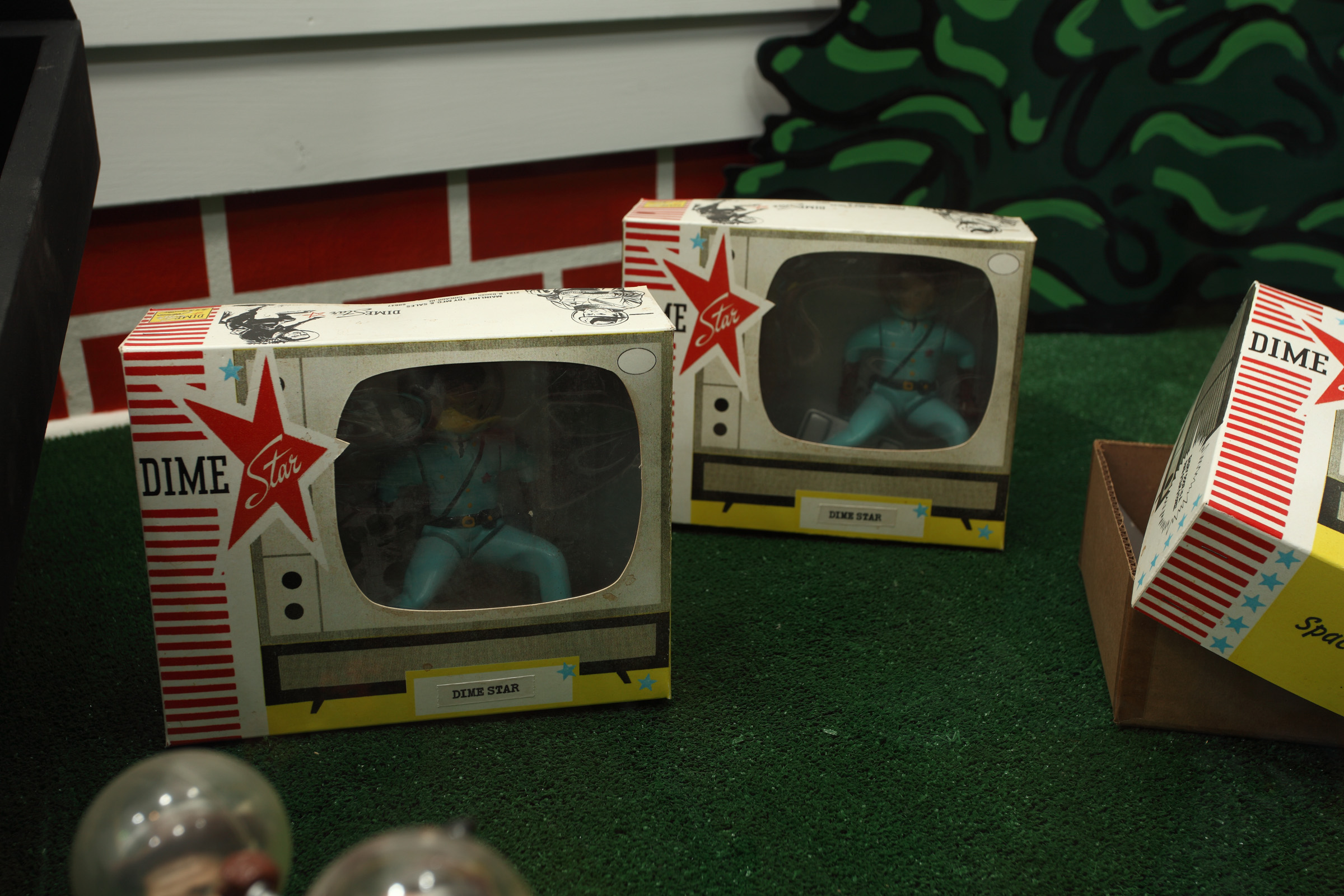