a canary torsi’s collaborative project, Performance | Portrait is an interactive video installation that invites spectators to an intimate encounter with a performer. A life-size video image is projected onto a vertical screen to form the environment. The video image is one of four performers holding the gaze of the spectator. Using a Kinect 2 sensor, the spectator’s unconscious gestures and shifts of weight (perhaps in empathic response to the performer) are tracked. The exchange is subtle and unpredictable: not every movement elicits a response, and the mapping between movements and responses are complex. The spectator is rewarded for the duration of their interaction – the longer one stays, the more intimate the performer’s engagement. In Performance | Portrait time is arrested and manipulated, and the live action is that of the audience – whose performance as spectator determines playback of the recorded image.

Performance | Portrait is composed of video recordings of four performers. Each performer was given the same task: to keep their gaze centered on the camera for a formidable four-hour period. The distinguished performers (Anna Azrieli, Leslie Cuyjet, Peter Schmitz and David Thomson) come from diverse cultural and performance backgrounds, drawing from a wealth and range of performance experience. The effort of this task elicited distinct emotional, physical, performative, and formal responses. In this way, the recordings act as portraits of each performer.

The live spectator, lit and standing atop a pedestal, becomes the installation’s key second component, engaging in a duet with the projected image as they behold a unique iteration of the recorded performance. No experience of the piece is the same. For us, it is this mirrored connection that is transformative and meaningful. In a time where live and virtual space are collapsing, the search for an intimate connection to performance, is at the core of Performance | Portrait.

Bio
a canary torsi is a Bessie-award-winning, interdisciplinary group of artists formed by Puerto Rican artist and choreographer Yanira Castro. Largely rooted in performance, their work examines the encounter between spectator and event and investigates questions related to public convergence, the nature of proximity and space, as well as the cultural, social, historical, and personal dynamics that influence how meaning is formed and how power is structured. Ranging from immersive performance environments to responsive video installations and online archives, a canary torsi develops scenarios where the work is built as a communal act. 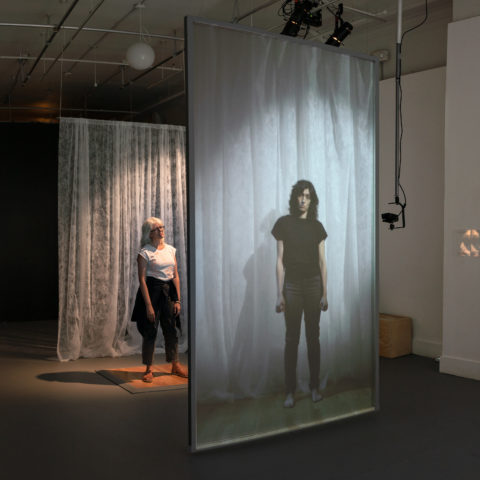