Distribution has always been a mode for upholding democracy. In pandemic times especially, mail services have been vital to our health, safety, economic activity, and political engagement.  When USPS is under tremendous financial pressure and our postmaster general is actively taking measures to dismantle it, the drop-off mailbox becomes a profound motif of our time. It’s only in a moment so absurd that the most mundane of objects becomes a politicized symbol. Post illustrates the moving, swirling, and unbearable lightness of 2020. The cyanotype facsimiles of a mailbox and ballot envelopes moving around on giant mobiles harken back to childhood toys. They’re quiet and playful or ghostly and foreboding.

The term “post” refers to the mail, but it also refers to a marker of the start and end of a horse-race, the act of publishing and dispersing information on the internet, the place where a soldier is stationed–images that resonate emotionally this year. In its role as a prefix, it refers to that which comes after. We are waiting for what comes after.

There’s a certain magic in an imperfect recreation of an object. Evidence of the hand in these facsimiles adds an intimacy– there’s a person behind the work. My work frequently looks at mundane, domestic, nostalgic images as symbols. Many times they become symbols of feelings for me, of very specific moments in my life. Other times, I am trying to record a moment that is pressing but ephemeral. Through recreating these object-symbols, I’m prolonging their life and archiving them for myself and others to look back on. It will be interesting to see how in a few decades the objects have gained, lost, or changed meaning.

It is impossible now to not notice the collective feelings muddling around 2020’s recurring motifs – face masks, usps dropboxes, a raised fist.  What are the motifs that will define us? What will represent this new decade? What will these objects symbolize later, post-election and further into the future?

Olivia Fredricks is a printmaker, zine-maker, and illustrator based out of Portland, Maine. She graduated from the University of Arkansas’s School of Art with a BFA in Studio Art, emphasis in printmaking, in May 2019. From there, she interned in the printmaking studio at Anderson Ranch Arts Center and went on to become the Artist-in-Residence + Studio Tech in MECA’s printmaking department. Her work considers personal experience and domestic objects, and has been shown in numerous exhibitions around the country, including the Screenprint Biennial, PrintAustin Expo, and International Print Center New York’s New Prints. 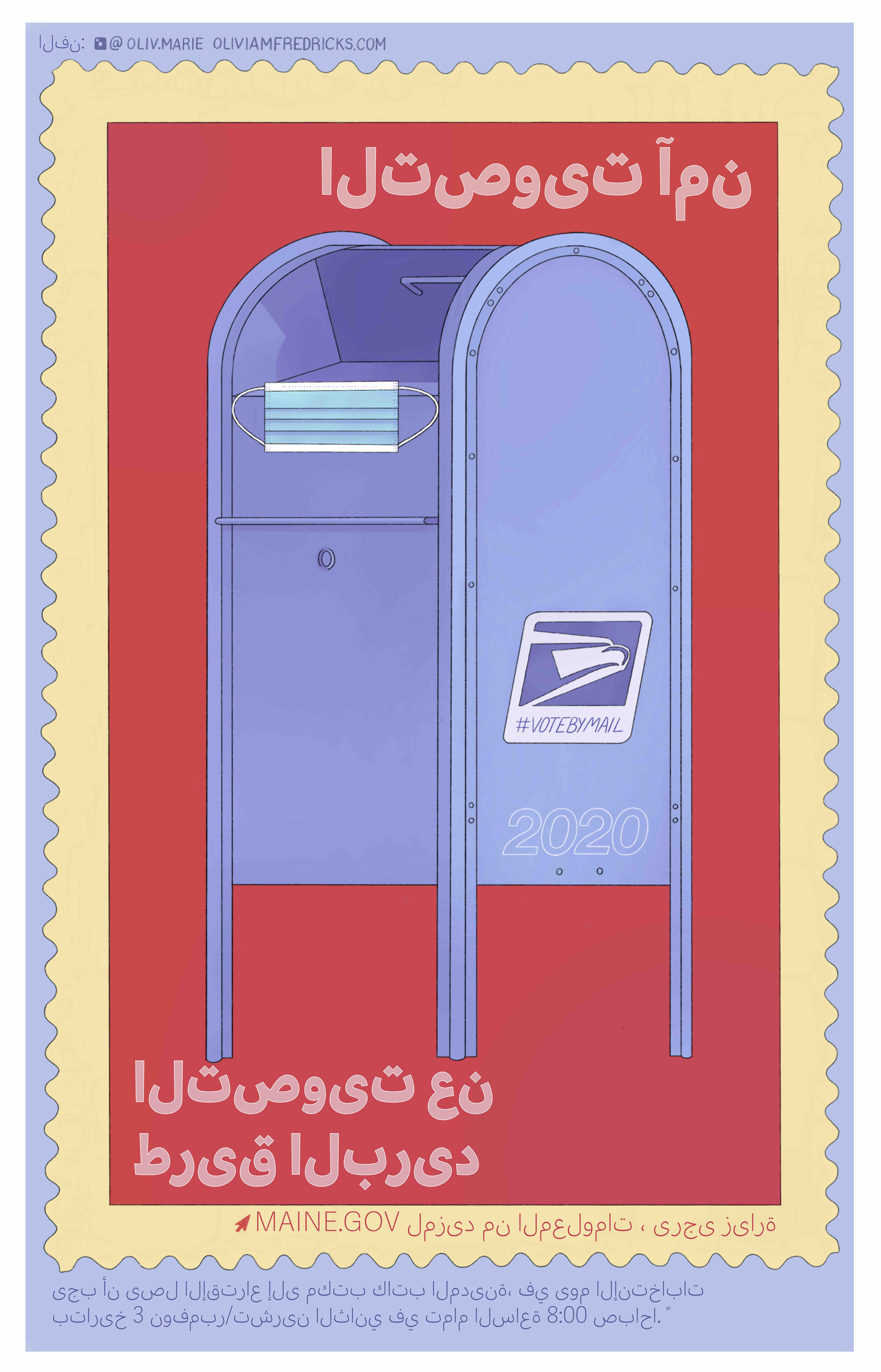 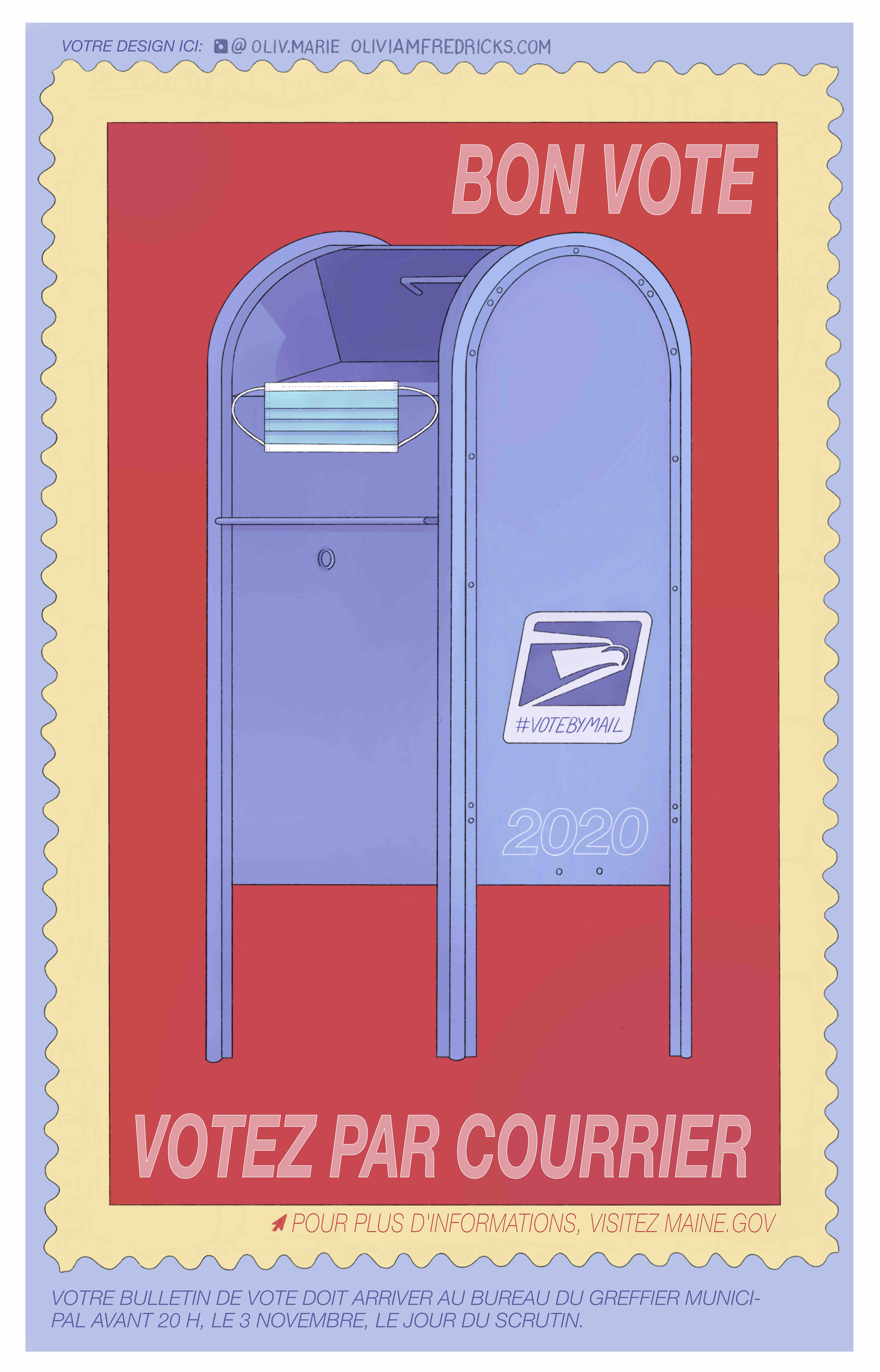 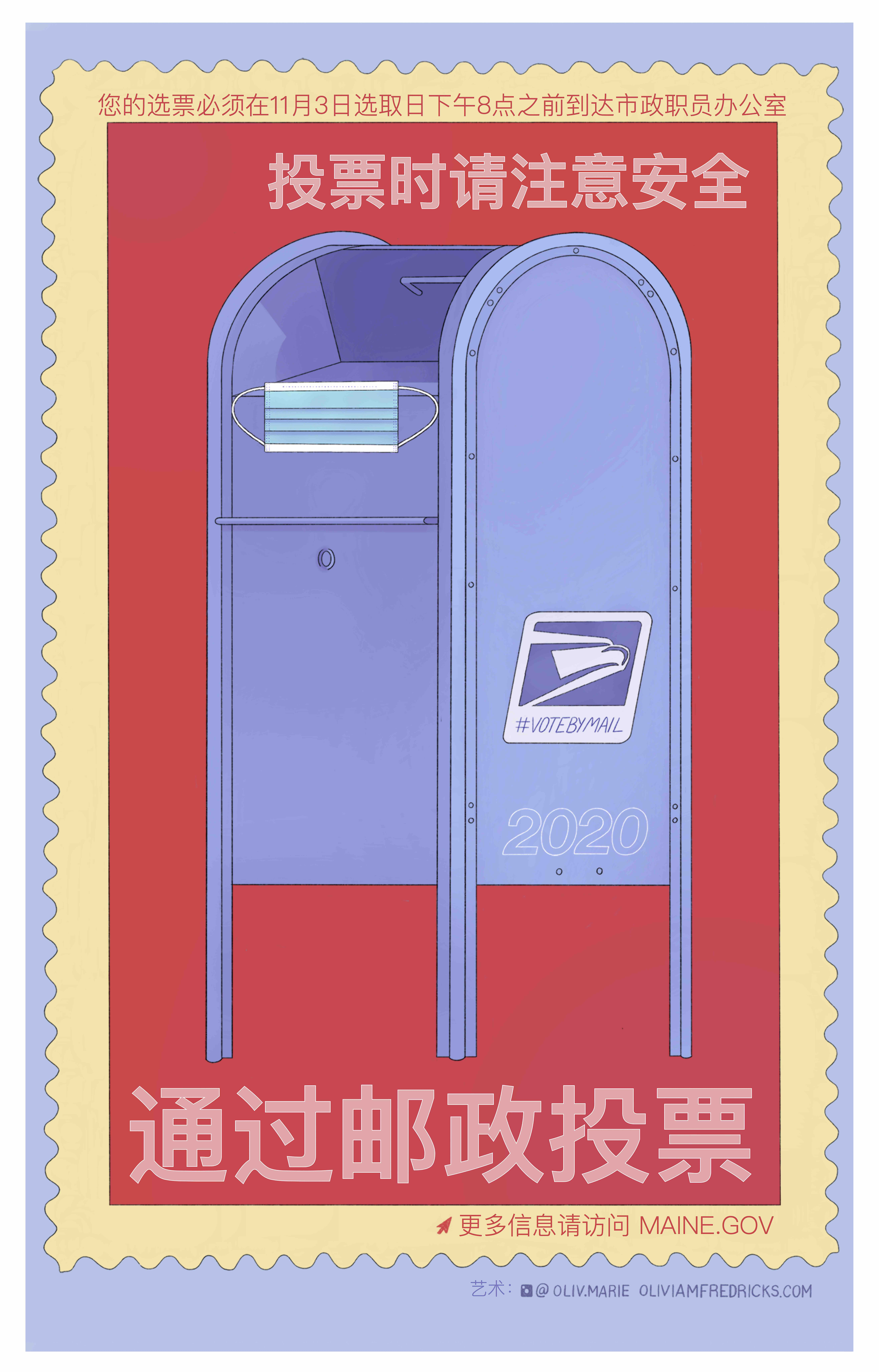 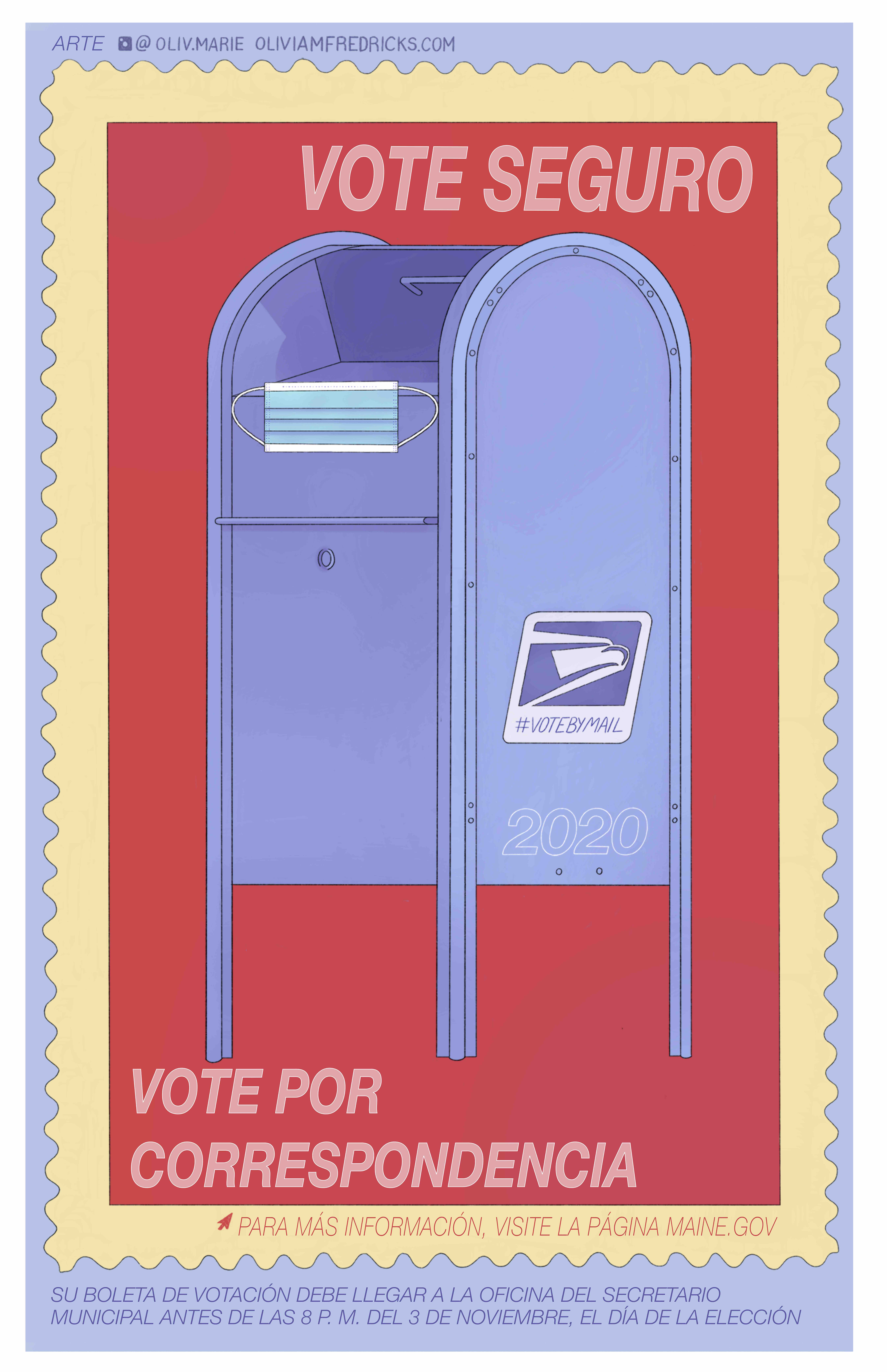 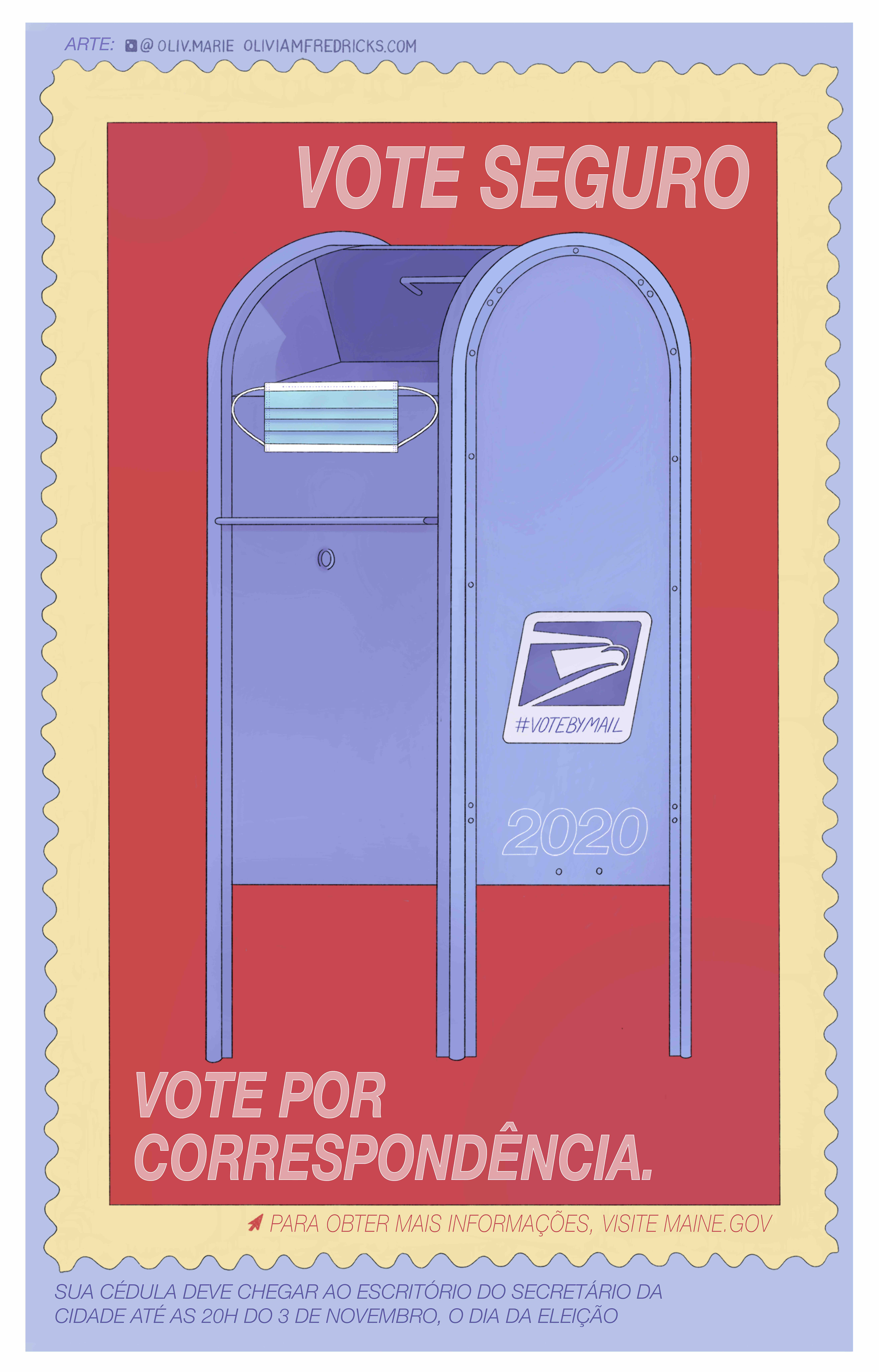 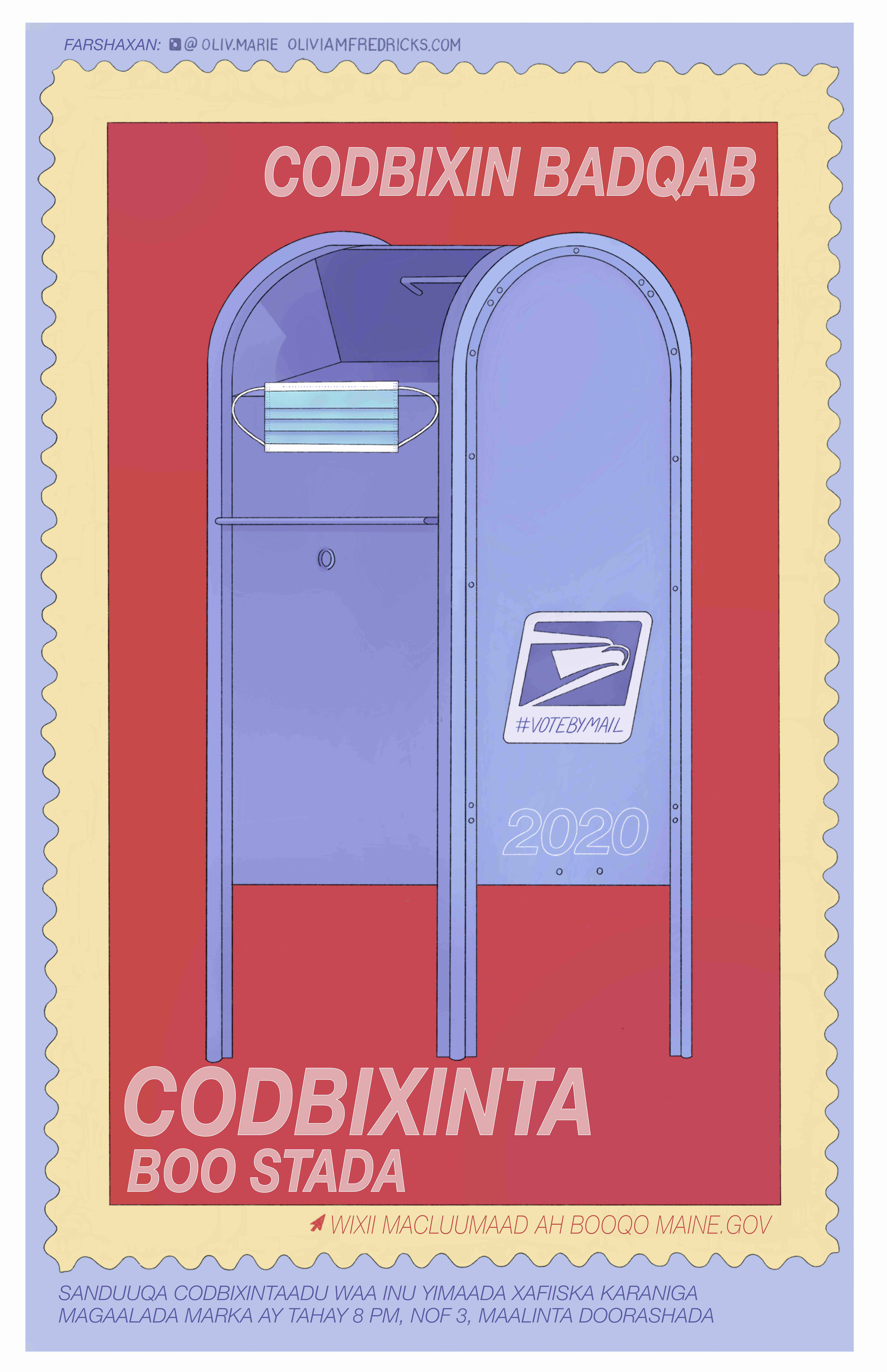