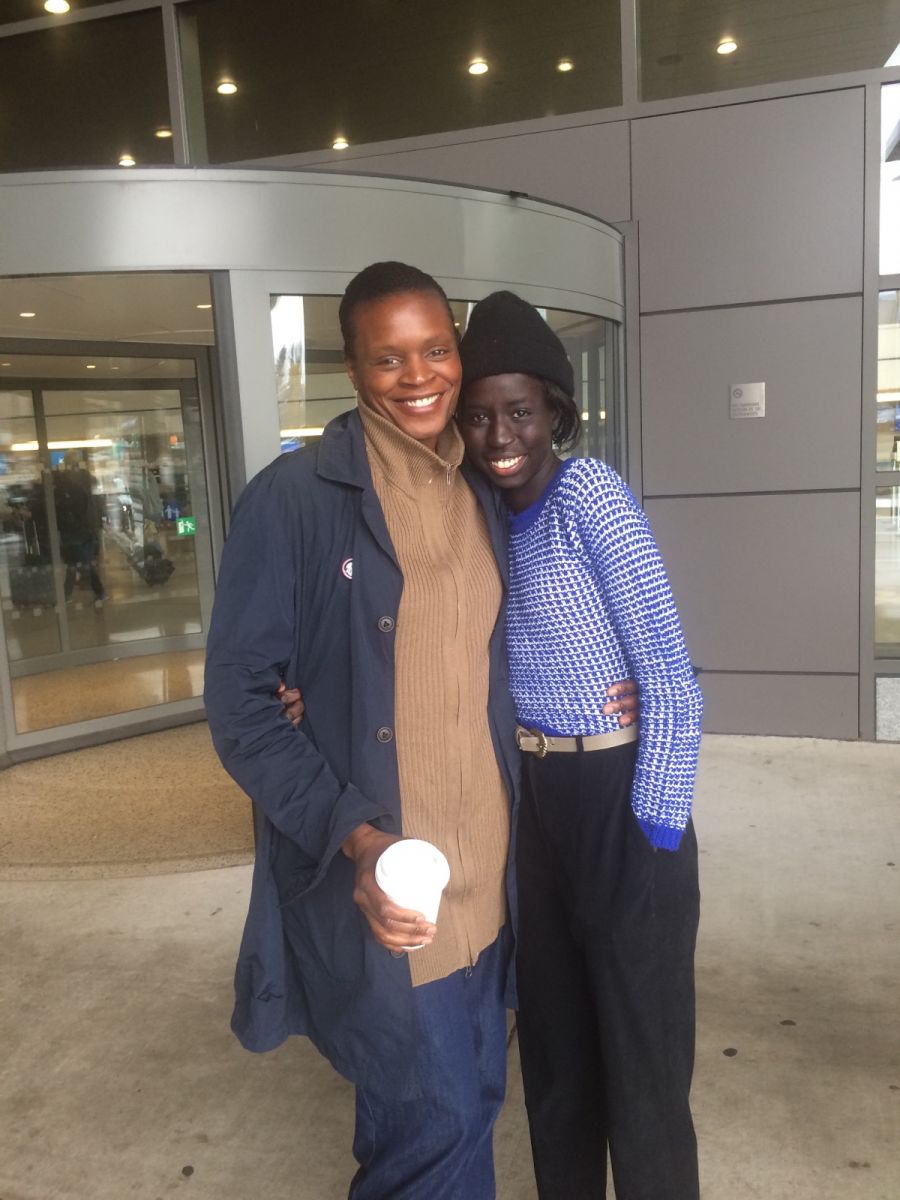 Adolescence and the Power of the Body: A Conversation with Bronx Gothic’s Okwui Okpokwasili

My name is Nyanen Deng and as the Events Programming Intern at SPACE, I’ve had the tremendous gift of spending time with Okwui Okpokwasili and hearing her speak about her performance Bronx Gothic. She has gently yet ardently brought me to and from the places that scare me in this incredible re-imagining of black female adolescence. Here we exchange a few words about embodying a black/brown body, communication, and transcendence:

How does (historical) resistance fit into the language of traditional choreography?

I’m not sure that any answer I can give to this question will be satisfying but I will try. If “choreography” speaks to a particular way of “noting” or “writing” the body in space in relation to music/sound, there are a vast number of vocabularies that I am ignorant of or lack fluency in, by accident of birth, or by my own design and practice. So, while I grew up surrounded by dance, social dance in the Bronx, or practiced by my Nigerian (Igbo) Family, as well as western concert dance, I am not actively (or consciously) attempting to critique traditional forms of dance making, because I am primarily focused on shaping an energetic space. I hope to make a liberated space where the singular vocabularies of the performer’s body emerge. I don’t give people “steps”, I give prompts, and make proposals and ask questions that the performers answer or complicate. So perhaps any connection to resistance in my approach to making movement lies in my attempt to make a space for the agency of the individual performer. Or perhaps my act of resistance is in my attempt to dismantle ideals of virtuosity and perfection and completion in the external shape of the movement in order to reveal an internal life through without too much regard for the external “look” of a body-so that the movement is a pathway to a particular internal state but is not in and of itself the end.

Did you have to revise your technique at all?

I don’t really think about technique as it concerns fulfilling a movement vocabulary. I’m interested in facilitating a space for people to excavate their own movement vocabularies and not always in a way that might immediately signal “dance”. But I guess I use a technique of refining the questions I ask of myself and my performers or continually creating conditions for our radical subjectivity to be foregrounded. I work with image and text and questions and possibility so that the performers I work with are inspired to build vocabularies from their own bodies in a way that might be surprising to them. And with every new project there are new questions.

What does speaking to the body (emotional, spiritual, physical) look like to you on a daily basis?

For me, speaking to the body on a entail, being in touch with the body, by being aware of how I breathe, doing sun salutes (a particular series of yoga postures), walking, dancing with my daughter or whenever I feel like it. It also entails, looking at people with wonder, a wonder as to how what I see on the outside might reflect their internal state. I also try to stay aware of assumptions that I might make when I’m looking at the bodies of people. I try to think about “how” I am looking.

“I am here and this is what is happening to me,” is one of the most poignant lines in the film for me, representative of a process, a continuation. This is also a statement that not all bodies in pain can muster– does Bronx Gothic extend the opportunity for others to express?

I don’t want to assume that seeing the film extends the opportunity for other bodies in pain to feel empowered in expressing that pain. I would love to think that it might, but it might be too presumptuous of me. But we know that when people are suffering, the first way to stop the suffering is to recognize that the suffering is taking place. And we live in a society where the idea of someone “suffering in silence” still bestows a kind of noble martyrdom on them-(because we’re still finding the language to interrogate why the powerful are aggrieved when the victims of their excesses speak out.) When people in pain remain silent or invisible their pain never has to be addressed, or ameliorated.  (Look at what’s happened with the mayor of San Juan in Puerto Rico, or the attempt to negate the personal narrative of distress Myeshia Johnson experienced by president Trump’s phone call and supplant it with the narrative of General Kelly’s loss, in an attempt to invalidate her narrative.)

Though, I am encouraged that in our current landscape, we are seeing that when one person speaks out, when one person risks opprobrium or social isolation by speaking their pain aloud, it can be a signal to one more person and then another to speak and recognize that they are not alone, and then to strengthen their voices in solidarity.

The difficulties of communicating sexual experiences to an African audience resonated with me deeply. Have you been able to share your performance with the Nigerian community/the diaspora?

No, I have not shown Bronx Gothic to a targeted audience of Nigerian folks, but there is a lovely broadcast journalist on WPIX 11, Ojinika Obiekwe, who suggested doing a screening in Nigeria. I would be game for that, in a big way. She was born and raised in Enugu, Nigeria and then came to school here. The film resonated for her and for many of the African women I know, which made me very happy. The Igbo community that I grew up in is largely Christian and quite conservative, especially when it comes to expressions of sexuality. The role of the child is to go to school, get advanced degrees, get a job, build a career, and be a source of support and pride for your parents and your community. There is no discussion of dating, no tradition (at least in my home) of having boyfriends or girlfriends, especially before you’ve gone off to college. This might be changing, but when I was growing up the silence around reckoning with a burgeoning sexuality was deafening. And if we couldn’t talk about how to build a healthy sexual outlook, where is the room to discuss abuse and violence.

What lessons can be learned in the transition from the invisible to the visible, as you say?

Lessons make me nervous, in my limited understanding the word connotes that a right or a wrong answer can be reached, but inquiry that are leads to more inquiry would be my hope, to linger in the space of the transition, to cultivate a state of “becoming”, to never be finished, to understand that the human endeavor of understanding oneself in entangled with the endeavor to understand others-and that is a lifelong project.

nyanen deng is a writer, performer and feral fashion squirrel from portland, me.