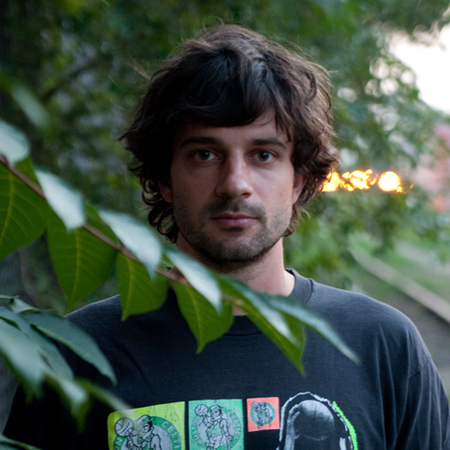 An Interview with Nat Baldwin 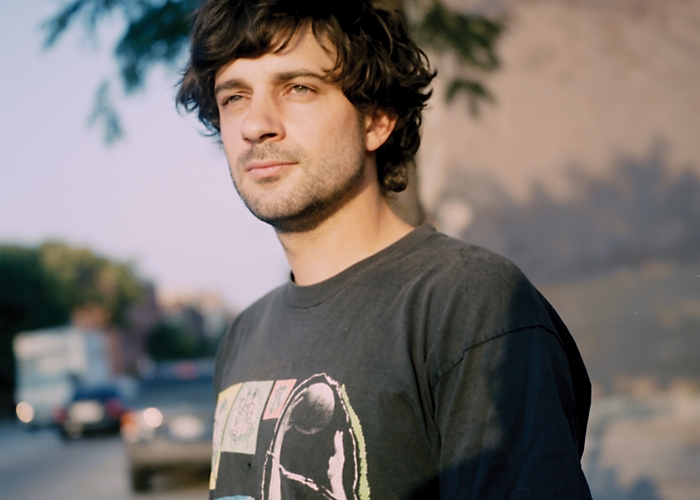 The inimitable double-bass songwriter Nat Baldwin opens up for Jenny Hval here tomorrow. We couldn’t be more excited to have him back at SPACE. Our intern Hannah chatted with Nat about Dave Longstreth’s jump shot, his first music video circa junior high, all the books he read while making his latest album In the Hollows, and more. Read on…

I met Dave Longstreth at a house show in Middletown, CT in 2004. We happened to have a lot of mutual friends and that was cool. I had not heard his music but I had heard about it. He set me up a show in New Haven a few months later and then another a month or so after that. He said he was putting a band together to go on tour. He asked me to play bass. A few months later, we went on tour. That was spring ’05. No one has ever asked me how Dave’s jump shot is, which has always surprised me. If someone did ask me, I would not tell them. Dave is one of my best friends.

Can you tell when writing songs is going well? Do you ask for anyone’s opinion of unfinished stuff?

I just trust the process at this point. I know things are going to go badly for a while before they go well, so the struggle is necessary, and I fight through it. The only way I come out of the struggle with anything to show for it is by fully embracing it, immersing myself in it. When I first started writing songs, back in ’04 in my parents basement, I would tell my younger brother to come down and listen and give me feedback. Just the act of playing those early songs in their raw forms for another person was super informative. I perceived the songs differently as soon as they became something for other real humans, and not just myself and the disney cartoons mysteriously painted on the basement wall. My brother also provided some great feedback. At this point, and for a very long time, I have a very strong idea about what I’m trying to do, so that kind of feedback would not be as helpful or necessary now, but it certainly was then.

Do you have a routine for playing?

When I was in college and all through my early 20’s my routine was to play all day. I practiced obsessively. I was practicing more jazz and technique stuff, so it was a little different approach, and one that definitely required that manic focus. Once I started writing songs, the routine kind of went out the window, and I basically just write when the spark comes. I’m not one of those songwriters that sets a schedule or even goals. And I haven’t practiced technical stuff in a while. I always want to again, and think about it, but the days are so damn short. I’ve been spending time with other things, too.

I’ve never really had any ideas for visual representations for my songs, so I’m glad a few people have. Working with Zia Anger on the video for “Knockout” was awesome. I actually wanted to work with her because of the video she did for Jenny Hval, which is insanely good. Working with my bud Willy Berliner for “Weights” was also awesome. The talking horse idea was all him. The Holler Boys from West Virginia did that cool found photo collage vid for “In the Hollows”, which I freakin love. The first video I ever did was with my friend since junior high, Johnny Stokel, for my song “One Two Three”. We had a party in this old shitty house I was housesitting at the time. Everyone just got hammered and danced in weird clothes. In the middle of the night that night my brother pissed on Johnny. That has nothing to do with the actual video of course but it’s funny. We’ve all been there when we’ve had a little too much to drink and can’t help but sleepwalk piss on our friends. One time I sleepwalk pissed in an oven.

What were you listening to/reading/watching while making In the Hollows?

While I was writing the songs, back in 2011, I remember that was when I first read Barry Hannah’s masterpiece story collection Airships. I still think it’s maybe my favorite story collection ever. My song “Bored to Death” is based on the first story in it. I was also reading other southern tough guys like Harry Crews and Larry Brown and Breece D’J Pancake. I started reading all them because of Flannery O’Connor. And when I finally got the chance to record the album in 2013 I can actually tell you exactly what I was reading because I’ve been keeping a reading log of everything I’ve read since 2012. In 2013 I read 98 books. I know that seems nuts but they were not all Gravity’s Rainbow. A lot of the small presses and chapbooks these days put out pretty slim-spined things, but that’s not to say they don’t pack a punch. Still, I was basically reading all the time. Also, to help my cause, I had a ton of flights that year, some even long enough to blast through multiple books. I recorded “In the Hollows” mostly in May, and these are the books I read that month in 2013:

– What Begins With Bird by Noy Holland
– Correction by Thomas Bernhard
– The Revisionist by Miranda Mellis
– Illusions by Ivan Viripaev
– Suddenly, A Knock On the Door by Etgar Keret
– Baby by Paula Bomer
– Rontel by Sam Pink
– Speedboat by Renata Adler

– At Swim-Two-Birds by Flann O’Brien

You recently started taking classes at USM. Why did you decide to go back to school?

I’m taking two literature classes this semester. I’m hoping to do Stonecoast this summer, and then go full-time-ish in the fall. I’m majoring in English. I’m hoping to get my BA before I turn 43. I love the classes so far. The question of “why” could go many directions and this is reminding me that I should be doing homework right now.

Interview with REANIMATION LIBRARY Founder Andrew BecconeMarch 2, 2015
An Interview with Jenny HvalMarch 9, 2015
More Content
“Golden in the Morning Crane our Necks” by CA Conrad (5/3-5/9)
Sunday, May 9 2021