Through the winter here at SPACE we have had a bit of a (unintentional) live music drought.  Luckily, spring showers are right around the corner, and we have a bunch of great music shows lined up for the next few months.  From tonight’s always good and always unpredictable 48 Hour Music Festival through the ghostly Appalachian guitar music of William Tyler we have a diverse set of musicians passing through.

As I mentioned last week Lady Lamb the Beekeeper will be here on Saturday the 2nd along with Xenia Rubinos and Cuddle Magic, to celebrate her record release party.  The following weekend features another record release show by Maine artists with Phantom Buffalo.  Their new record Tadaloora has been getting really good early reviews, plus there is even a free first person video game to go along with the album.

Then on Saturday (9th) Portland’s metal head party ragers Waranimal will bring the summer inside with Beach Party II.  Bring your swimsuit! 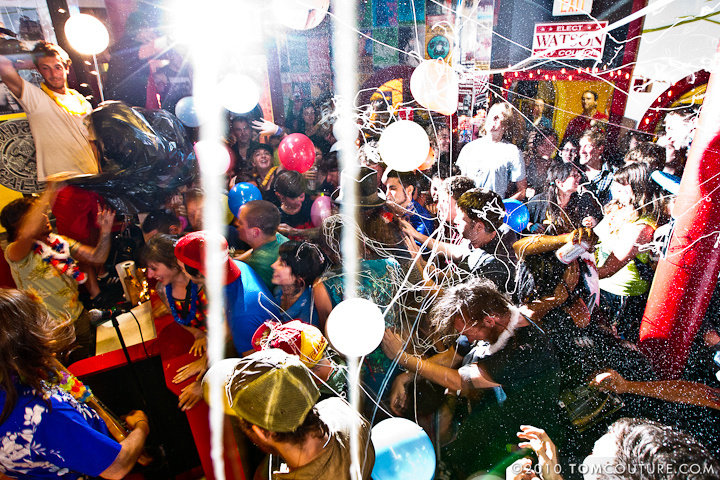 March 30th brings LA’s Nightmare Air.  Nightmare Air’s boy/girl harmonies layered with swirling spacey guitar loops and hypnotic fuzzy bass will be perfectly complimented with Portland’s newest supergroup Endless Jags (with members of Brenda, Jaw Gems, Haru Bangs, Gully, and Foam Castles) and Boston’s Boom Said Thunder.  Read Nick Schroeder’s spot on review of Endless Jags’ self tilted debut EP to have an idea of what you are in for.

If you have any appreciation for the giants of instrumental guitar (think Sandy Bull, John Fahey, Bruce Langhorne, Jack Rose, SPACE’s administrator in residence Nathan Salsburg has been steadily creating a place for himself on that list too…) then do what you’ve gotta do to be here on April 17th to see William Tyler.  William honed his skill by playing with Lambchop, the Silver Jews, Bonnie Prince Billy, and Wooden Wand among others, and will be releasing his second album under his own name Impossible Truth on Merge Records March 19th.