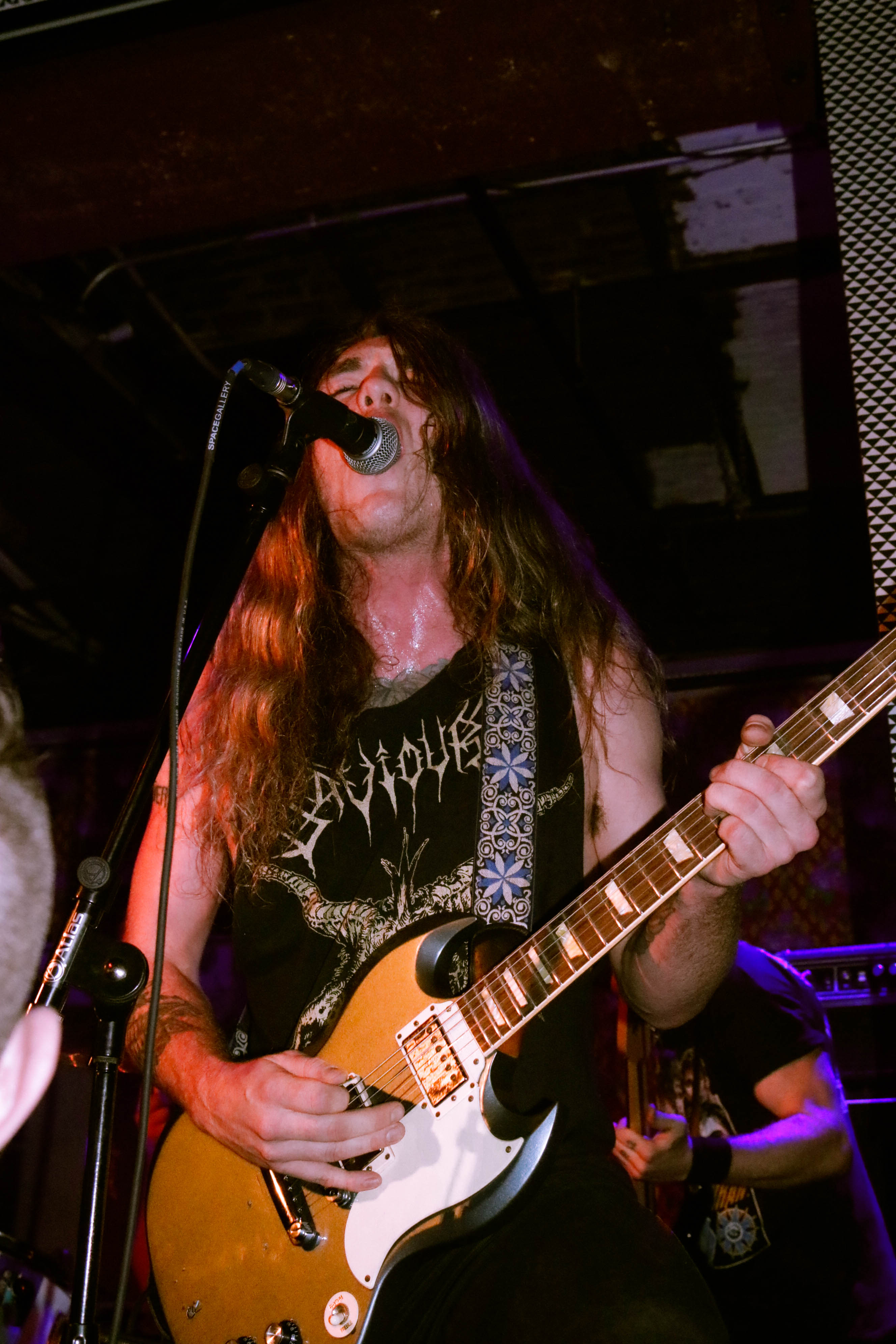 Weedeater, Black Wizard, Serial Hawk, and Sylvia rocked the stage last Friday with their intensity and high volume. This was my first heavy metal rock show ever and I had no idea what to expect. As I watched the performance, I felt like I was in a hypnotic trance. The music was loud and intensely fun. Seeing the audience’s synchronized head banging was enjoyable to watch; you could tell these were hardcore fans. The room was filled with metal-heads and rock fans of all ages. Mosh pits would randomly start and the crowd would push each other violently. At first I was confused thinking it was a fight, but an audience member next to me made sure I realized this was part of the “fun”.  Each set would start with a band introducing themselves with very genuine and kind voices: “hello we are Sylvia,” the lead singer proclaimed. As a first time audience member, I had no idea how he could go from a very kind and normal sounding “hello” to screaming his lungs out with so much rage and passion.

Overall the show was a great first time experience that I wouldn’t mind experiencing again. Many people I know would feel very uncomfortable seeing acts like Weedeater, Black Wizard, Serial Hawk, and Sylvia, because they’re unfamiliar with the music, or just because of social norms. Being an African American, many times I have been told or heard that heavy metal is for white audiences. Black people shouldn’t listen to heavy metal music because “it’s not what we do,” some would say. That is completely false. Listening and enjoying different music should be something everybody should try to do. Nobody should limit their horizons when it comes to music.  Life is all about trying new things. If you give new, different experiences a chance, they might surprise you. At first, being one of the only black people at a heavy metal show was weird and strange. I felt like a fish out of water, and it wasn’t a great feeling. The moment the music started, I shut out the voices in my head telling me I shouldn’t enjoy this show because it’s not what “we do”.

Heavy metal musicians often find a way to use rage and heavy sounds to create vibrant and unique music, and that’s something rare and special. In the end, I realized to enjoy a show like this I had to shut down my music biases, put on some ear plugs, and simply accept the crazy unpredictable ride that is heavy metal.

Daniel Kayamba is one of our Bob Crewe Foundation interns this summer. He’s a filmmaker, core member of Kesho Wazo, and will be attending Columbia College in Chicago this fall