Film: Grave Of The Firefiles 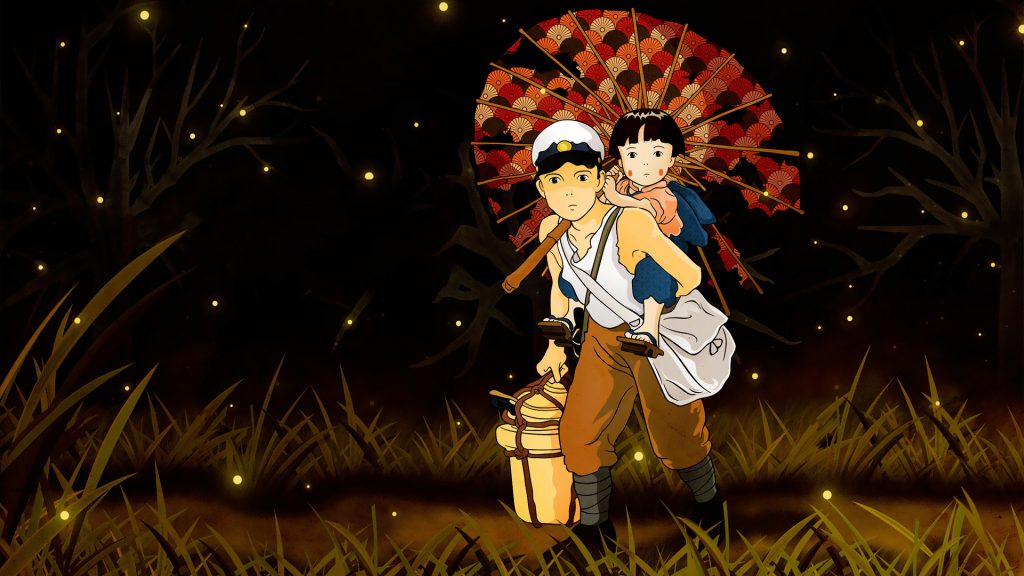 After thirty years, this acclaimed anime rarity has finally getting its first theatrical release in the United States in 2018/19 following the death of its creator in 2018. Takahata was notably a co-founder in Studio Ghibli, acclaimed for exploring the full scope of adult storytelling possible in the animated form. The late film critic and historian Roger Ebert proclaimed Fireflies to be “one of the greatest war films ever made,” while many posit it as one of the most powerful artistic explorations of anti-war ideologies due to its profound exploration of the effects of war on children.

Set in Kobe, Japan in 1945, teenager Seita has become accustomed to the presence of American bomber planes flying overhead, but on one fateful day he experiences their full, destructive power: after a firebomb raid on the city, his mother is horribly burned and his neighbourhood is set aflame, leaving him and his five-year-old sister Setsuko homeless. As the final, bloody days of the war rage around them, the two children must learn to survive with little shelter, less food, and ever scarcer hope. A film of profound emotional resonance and the zenith of anime’s humanist storytelling, Grave of the Fireflies is perhaps one of the most important and least-understood films ever created at Studio Ghibli. As a decisive declaration of animation’s ability to tell any kind of story, even the most tragic and painful, it is critically celebrated as one of the greatest animated films of all time.

“Although intermittently available on home video in the United States, ‘Fireflies’ is only now getting an official theatrical release here. The movie remains one of the most startling and moving animated films ever. It is also, with the likes of The 400 Blows, Kes, and Vagabond, one of the finest films about being young in an indifferent world.” – Glenn Kenny, The New York Times, January 2019

“Proof that animation can cover painful adult topics as bravely and powerfully as any live-action movie.” – Time Out