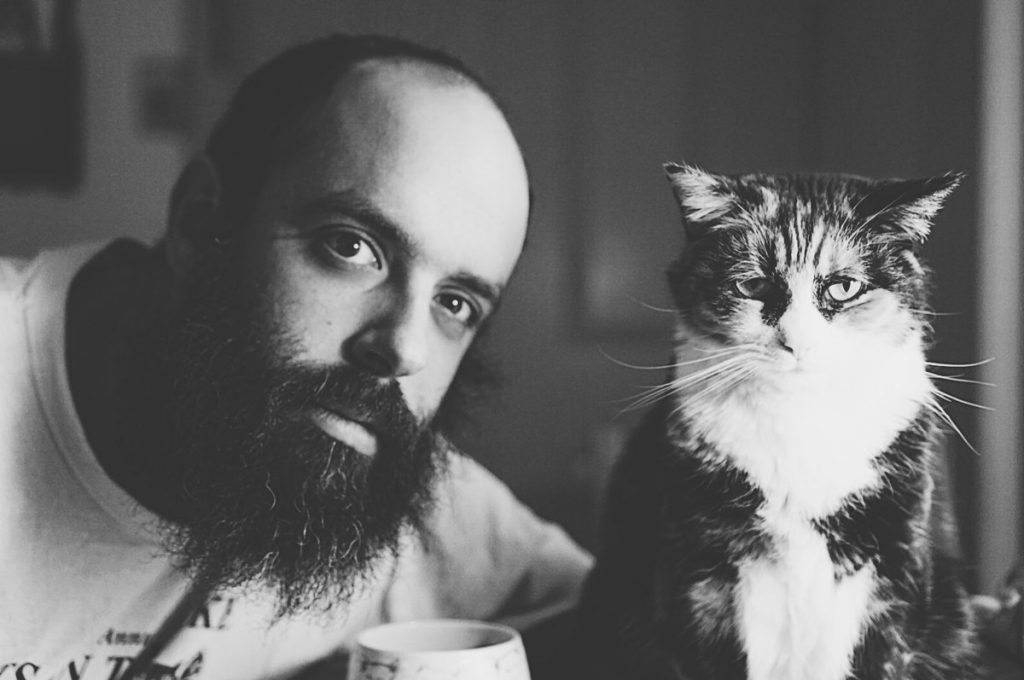 Greg (he/him) is a film programmer, musician, and visual artist living in Portland Maine.  He moved to Maine in 2010 when he co-founded The Oak and the Ax(2010-2014) in Biddeford.  He graduated with a BFA in Film from SUNY Purchase where his love of the films of Jonas Mekas almost derailed his education.  He has released music with his bands o’death and Blood Warrior and more recently under his own name with the album Crazy Time (on Orindal Records).  His watercolor paintings have appeared in group shows at the PMA, CMCA Biennial, Cove Street Arts, and Able Baker. He has been an artist in residence at Surf Point Foundation and Hewn Oaks. He became a partner of The Apohadion Theater in 2017, and is still somewhat involved over there.He loves cats and is a pescatarian.  Kelly Reichardt, Apichatpong Weerasethakul and Carlos Reygadas are some of his favorite contemporary filmmakers.