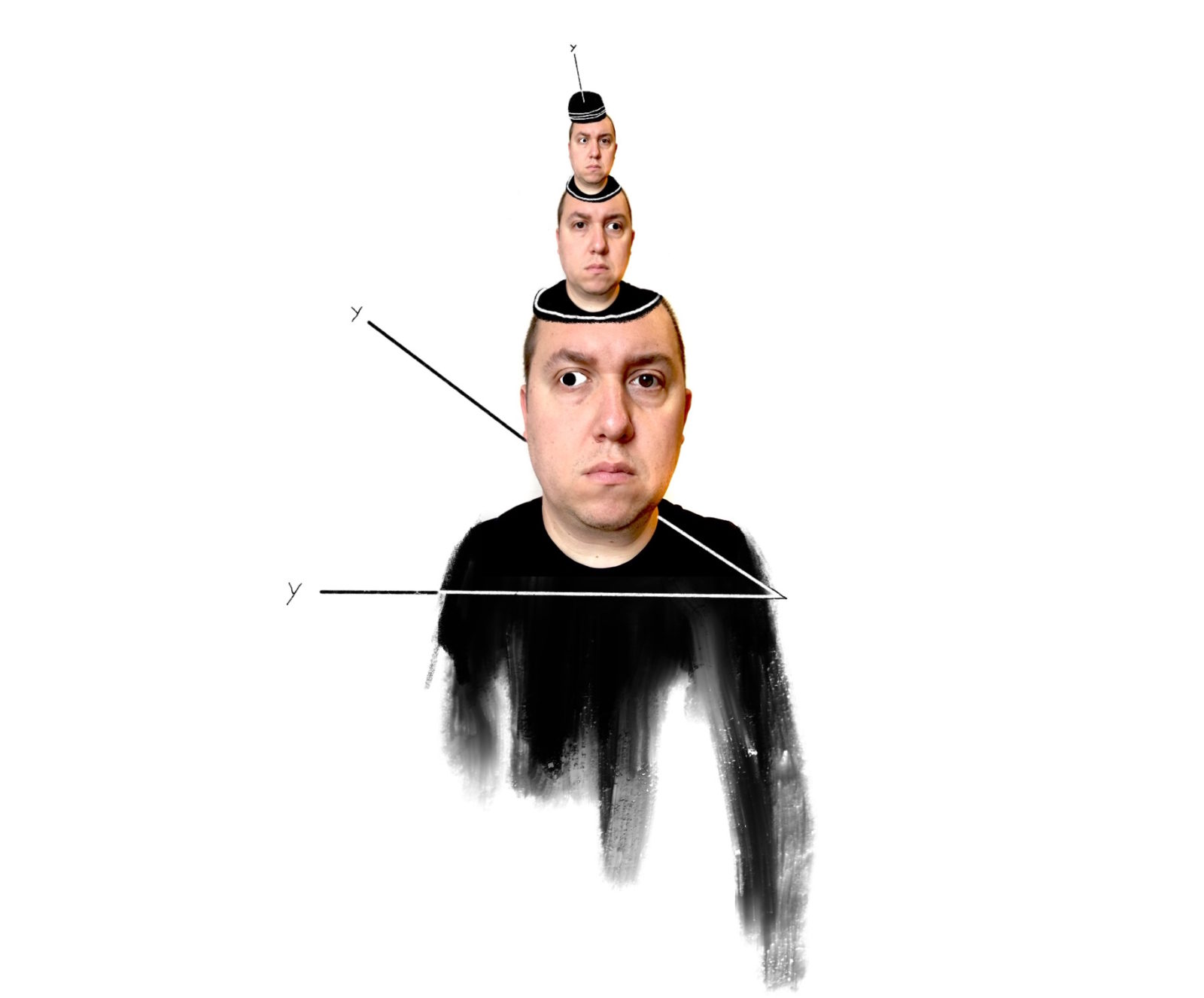 Tim Fite spends the bulk of his time making genre-bending, hyper-aware pieces of art and music that often approach brutal truths with raw tenderness. Fite’s latest record, 2020’s Roar Shack, was inspired by prints he made in 2016 at Pickwick Independent Press as one of SPACE’s first artists-in-residence.

You’ve been called a “cultural gadfly” by The New York Times, and “feraly original” by The New Yorker. Your website says “Tim Fite used to be an artsy rapper. Now he’s just artsy.”  We’re meeting for the first time. How would you introduce yourself and the work you do today in 2020?

It’s all changing right now. I think if I had to describe what I do, I would say that I am an artist and a human being who wants to cultivate creativity and kindness through everything that I do. So whether it’s drawing a picture or working with young people around New York City or playing a concert online for SPACE or just making a pot of beans, I want to do it with kindness.

You work in multiple mediums: installation, music, video, printmaking, drawing. And even within a medium, say music, it’s a multi-genre, multimedia approach.  How do you see the relationship between your performance and visual art practices?

For a long time, I thought music was its own thing and I didn’t want them to be together. But like all things that I try to do – I’m terrible at keeping things separate. So the art would leak into the performances. I think in some ways it’s about language, right? I like to draw. I like to sing. I like to make videos. I like to do all these things and if all of those “languages” can tell a story or get the point across in a better way, then I shouldn’t only speak one at a time. I should speak them all at the same time. I like that, especially when I have a performance, there’s something for anyone to enjoy. If you don’t give a sh*t about the songs, you can just look at the pictures and listen to whatever is in your headphones.

In the “before times,” what did a performance look like for you?

In the before times, there was a band and other people! Originally, I would say “Oh yeah, the band plays the music. I just rap & sing the words.” And that’s all I’d be in charge of… using my mouth. And then when I didn’t have a band no more, I needed a kind of security blanket for people to focus on. So it was like, “Okay, I’ll put a projector up and I’ll make myself three times and that’ll be the band and then people won’t have to look at me.” Then Sexy Leroy toured with me for a long time and he ran all the visuals – so I didn’t have to think about pushing buttons –sang back- ups, and made the show more fun. It’s interesting to figure out how to entertain alone, because at this point, I do it pretty much totally alone. And I think that it’s very comforting sometimes to not feel like anybody else is to blame.

What do you mean by to blame?

I don’t know. That’s my funny backwards way of saying to celebrate. I struggle with taking credit for things, right? So it’s like, yeah, I made the whole show. You can blame me for it. I take full responsibility for my actions.

Mm-hmm, I think I get that. What happened to Sexy Leroy?

Oh, Sexy Leroy is still my brother and the plan is to stay brothers no matter what.

How are you feeling about Tuesday night?

It’s going to be so strange. I’ve been trying to figure out how to get it to make sense through such a tiny, low-volume format. I wish I could tell everybody to put on headphones and turn it all the way up! Most people will probably be sitting with seven other screens on and screaming kids in the background at a very low volume. But I think it’ll still be fun. I have never done it before on the little screen so we’ll see what we get.

Is that to say that you haven’t done other live streams before?

I’ve been a little too sensitive to do it until now. Now that that barrage of live streams is over, I’ve done some processing in terms of how the world is feeling very sideways right now and needing a lot of nourishment and change. I feel like I’m out the other side of the tunnel and now this little sensitive, hairless animal can emerge onto a screen for the moment and see what we get.

I’m hoping to draw the entire time while I’m singing and have people be able to see what I’m drawing. I did a test the other day and the picture came out good and the songs didn’t sound terrible. I think it’s possible. Between now and Tuesday, I will figure out the technical parameters to make sure you can see my face, my fake band-on-a-screen family, and a drawing – all at the same time in a four-inch by two and a half-inch frame.

In February, 2020 you released Roar Shack. The title is a play on the “rorschach test” and it seems to nod to both the practice of creating this record with your collaborator, Daniel Saks and to the dysfunctional character chronicled throughout it. You give a content warning on your website: this is “a response to evil, not as a supporter of evil.” Can you talk a little bit more about your intention with this record and how it came to be?

The record was one of the longest things I’ve ever worked on. I actually began the process during my 2016 residency at SPACE by printing the book that accompanies the record (that I may someday release) at Pickwick Independent Press. I gave one of the Roar Shack card packs to Daniel to write music to, intending it to be like a rorschach test: I was making these inkblots for him and then the music that Daniel made became more inkblots. And then it kept growing and growing and growing in on itself.

I started this record knowing that it was going to be about some of the darker sh*t that the United States has to offer, but not knowing exactly what that would be because I wanted to respond to Daniel’s musical response to the drawings. And as time developed, things in our country just kept getting worse. But a lot of that has always been there. And it’s something that I’ve tried to address in my music, but never quite from the understanding of what it means to embody hate as a human being, what it means to embody all of the things that are wrong. Which is something that, truthfully, I feel all Americans embody, regardless of what group they belong to. I think that we are all poisoned by a legacy of hate.

This record was my way of taking on this poison and seeing if I could gain a deeper understanding of it through music and drawing. Whether or not I came to any conclusions, it’s hard to say. I think that the record brings to light a lot of things that are starting to come out now in these past few months about just how f*cked up the hearts of … in particular, the hearts of white men are and how violent and poisoned and mentally unstable that place is. It’s hard to take on a voice of somebody who I would consider an enemy, but I also see in myself. As a country, if we’re going to go forward, we all need to see that that person is a part of our emotional and conceptual makeup.

There’s this sort of strange interpretive magic that happens with a Rorschach test – it could be real or it could be just a bunch of malarkey, right? The test is supposed to uncover some kind of subconscious understanding that’s valuable in interpreting what your problem is. The therapist tells you, “your answer means this.” What about the last few months? In some ways, I’m getting that answer now because that little piece of sh*t could walk down the street in Kenosha with his hands up and walk right past the police. In my heart, I met him. I sang his song and that sh*t is weird.

It’s that kind of weirdness where you could be the worst of the worst, but still somewhere in that song of the worst of the worst, there is an intention to heal. And if we can’t conceptualize that spectrum, I don’t know if we have the potential for actual healing, at least as individuals. If I can’t see that whole spectrum in myself, I’m never going to learn from my mistakes. I’m just going to see it as you’re “bad” or “good,” you’re a hero or a devil.

Have you been working on anything new during the pandemic? I feel like it’s very tender to talk about COVID so share what you want to share.

I’ve been doing a lot of crying. I dove into my day job in a very extreme way because it gave me a path to help other people and make this moment that’s totally destabilizing for everyone a little bit more stable. So I was working on making art and technology projects for children around New York City.

Recently, I helped make a cool pickup truck with a frame on the back to fill up with flags. And the people that I work with are driving around New York this week picking up flags the kids have made to represent themselves and how they feel. We’re just collecting good energy from the city.

But in terms of artwork, a lot of it’s just been responsive and quiet, trying to sort through sh*t that I haven’t shown many people. I have a residency on Governors Island that gives me a safe place to go where I can still social distance but also be out of the apartment. There’s not a lot of internet out there and the internet is a double edged sword for me. It’s the thing that’s keeping me connected but it’s connecting me to a lot of things that hurt. So having the option to be out there where I can monitor my own poison drip is nice.

And I have been making kids’ books mostly – terrible ‘kids’ books.’ You’ll get to hear them at the show. I started drawing on the walls a little bit this past week and that helped a lot. I mean, it kind of circles back to your first question, what are you doing? A little bit of this, a little bit of that, and making some beans.