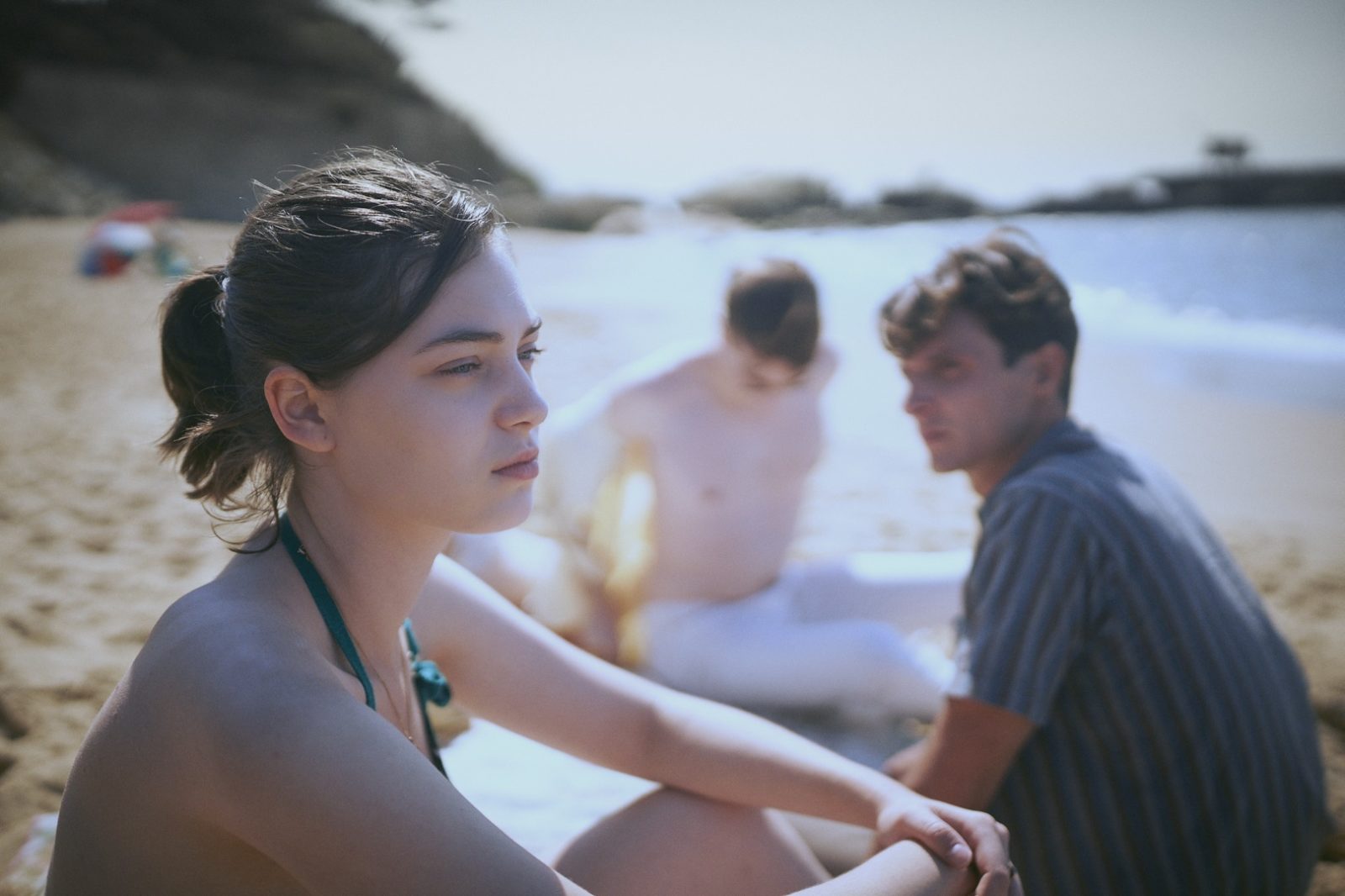 Each month, SPACE Film Programmer Greg Jamie explores the content and connections between our upcoming films. You can find Greg’s commentary below, as well as stills and trailers for each of this month’s films. We hope to see you at one of these brilliant films soon!

My hope in writing this brief column about the movies we’re showing each month is merely to highlight each one while also pulling them together- and trying to find parallels that might not obviously be there at first glance. While the films we are showcasing at Space in July range in style and content, the overarching theme of agency emerges when the films are taken as a whole.  And by that I mean the nature of individual agency over identity and decision-making in the protagonists of each of the films.

First film of the month is Poser, which we’re showing on July 8th- a fascinating first feature from directors Noah Dixon and Ori Segev.  The film is about Lennon, a young woman in Columbus Ohio who utilizes the pretext of recording a podcast as a way of connecting to the underground music scene.  While it becomes clear early on that this podcast is not actually being shared with anyone, it also acts as a device in discovering some music from Columbus Ohio in step with Lennon- our shaky and uncertain central character. Bands such as WYD, Damn the Witch Siren, Son of Dribble, Devin Summers, Z Wolf and others don’t just play in the background- they are characters in the film. Lennon- an unnervingly neutral and blank protagonist ultimately absorbs the identity of the musician she is most interested in after already having claimed to have written songs and lyrics from other artists she collects for her podcast.

Taken at face value, it’s hard to tell if the filmmakers are being sincere in their interest in the music, and whether there is an underlying sympathy in Lennon or if we’re meant to see this as some kind of cautionary tale of the personality-less.  Lennon looks at the people she admires and wonders how they seem so free to construct who they are.  The only sense of self she has is of someone else. Poser is a judgy title, but it works for the film which flirts with a variety of styles before settling on what it is- a kind of blank stare at self actualization.

In contrast, the young woman in Happening(showing July 13th) knows exactly who she intends to become, but is stopped in place from becoming it.  Anne is a student in France in the 1960’s when she becomes pregnant.  Happening is a film that examines a moment where a decision is made but cannot be acted on.  Anne goes to several doctors, follows secretive addresses from anonymous directions, becomes absorbed in a world that is alien and duplicitous, and ultimately risks her life because what should be an easy procedure is not legal.  The film is as clear-eyed and focused as Anne, depicting a time when a woman’s decision to abort a pregnancy is not theirs to make, and the judgment of law shaped the outcome of identity. Anne is not given agency over her own decisions even as she risks everything to shape her future on her own terms.  It’s early 1960’s France, and it’s now.  Happening is breathtaking and unfortunately timely and we’re happy to be partnering with Planned Parenthood Maine Action Fund for this screening and conversation.

The film that gave me the wacky idea that this month’s theme is agency is Both Sides of the Blade (showing July 15th.). It tells the story of Sara (played by Juliette Binoche) who is in a long term relationship with Jean(Vincent Linden).  Sara sees her ex boyfriend Francoise on the street one day and it changes everything.  That’s about as simple as it gets for a plot setup, but in the hands of filmmaker Claire Denis it feels like the whole world opens up.  The film takes place in contemporary Paris, and it’s really one of the first movies I’ve seen since Covid that shows casual masking- on the street and in businesses- without addressing anything relating to the pandemic in any direct way.  Whether that’s relevant or a stray observation probably depends on individual interpretation, but I saw it as baked into the story.  This is a film that suggests we can’t escape the past.  What has happened in the past is with us, and becomes a part of our unconscious everyday activity.  Jean is an ex-con who lives in a society that doesn’t let him move on with his life.  Sara can’t shake the echo of her past relationship with Francoise yet seems to expect it to save her from her present.  Her decisions become progressively more erratic, as she struggles to reconcile the two relationships in her life. Which future will she choose and is there really any difference?  The notion of the past coming back is a hostile notion indeed.  It suggests we don’t have agency over our decisions and that social structure has determined something inescapable.  With its brilliant central performances, the film got me thinking about our need for dramatic shifts in our lives after large events- like global pandemics.  Some event not in our control subconsciously instigates a need for dramatic upheaval.  Sara’s passionate indecision is a world mood right now. Denis guides this whole thing like the pro she is- one of the best filmmakers working today.  I realized while watching this that I’ve been seeing Claire Denis films in theaters for over 20 years, and I’m real excited to bring this one to Portland.

Another film from one of France’s greatest directors is Jacques Tati’s M Hulot’s Holiday, which we’ll be showing on July 20th on 16mm film courtesy of Kinonik, represents the introduction of one of slapstick cinema’s great character Monsieur Hulot, who would go on to appear in 3 other films by Tati.  In M Hulot’s Holiday, Hulot is the low-key disrupter of seaside leisure class, the harmless warrior of beachfront normalcy, and the film is perfect for Portland in mid-July.  If you haven’t experienced Hulot in other forms (Mon Oncle, Playtime, Traffic) this is a great place to start. Hulot the character bumbles through no-stake situations and makes inadvertent moderate mischief, all while longing for and rarely attaining human connection.  Barely noticed, despite his gangly gate, Hulot carreens through the small seaside villa almost like a ghost or spirit, misplacing things, dispelling preconceptions, courting disasters through mild misunderstandings.  It’s all pretty French but doesn’t require much in the way of words, and is super charming.  There’s a weird quiet to the whole thing, as Tati lets each setup unfold, a mild wind and eventually fireworks.  The spirit of Hulot is neutral, a series of honest mistakes and lost connections.  You get the sense that he’s a romantic.  Hulot’s bumbling renders him sort of without agency.  Things just happen, despite his neutral intentions.

Final film in what turns out to be a fairly diverse collection of films for July is Earwig(showing July 29th)- another French director, Lucile Hadzihalilovic.  Earwig is a time-bending horror fantasy that is more minimal than that sounds.  It’s 20 minutes before anyone speaks but the mood of dread is immediate.  The setup is a hard to describe scenario in which a caretaker in a large house is tasked with maintaining a young girl’s teeth that are made each day out of ice.  He receives phone calls checking up on his progress with the girl, who seemingly lives a solitary existence in the house.  One day the man on the phone tells the caretaker that he is to take the girl for a walk outside, and the walk seems to open up a kind of timewarp in the man’s mind.  Control is a big portion of what takes up in the beginning of the film, before we get to know the seemingly past (and future?) versions of the characters involved.  No one in the film seems to have any control over their-sometimes violent- actions.  The film is unnerving, and body-horror fans will love it.