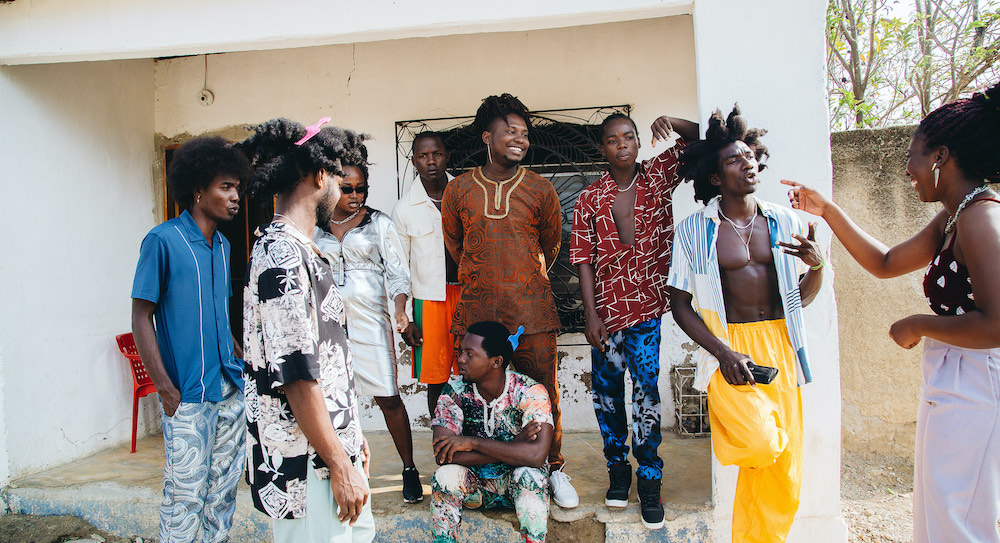 A Conversation with Kombilesa Mi

Related Links
Kombilesa Mi at Top of the World Park

In advance of their free show at Top of the World (Fort Sumner) Park on July 17th, members of Afro-Colombian music collective Kombilesa Mi, Afroneta and KRMP sat down for a Zoom conversation with SPACE Communication Manager Cameron Brewer. Translation provided by Edo Mor of BOMBYX Center for Arts & Equity.

Kombilesa Mi is an Afro-Colombian musical collective from San Basilio de Palenque, a small village of 3,500 in northern Colombia near the Carribean Sea. Palenque is well known as the first free Black town in the Americas, formed in 1619 by enslaved Africans, who escaped their kidnappers and fought off countless attempts by the Spanish colonizers to recapture them. Over decades, then centuries, Palenque has grown and thrived as a culturally unique and artistically vibrant independent community. It was declared a Masterpiece of the Oral and Intangible Heritage of Humanity by UNESCO in 2005.

Kombilesa Mi’s own music is an electrifying fusion of traditional Afro-Colombian sounds and modern rap. The musical collective has inspired a whole new generation to love hip hop, love being Black, and to rap in Palenquero, the language of their ancestors. Kombilesa Mi is dedicated to teaching and preserving their cultural heritage and language through hip hop.

The band’s connection, awareness, and joy of their African roots is infectious and crucial to claim in Colombian culture and in the larger diaspora, as Afro and Indegenous communities are subject to discrimination and persecution through South America and across the world. Colombia has the second highest percentage of African descendants in Latin America after Brazil. Kombilesa Mi’s work in the Palenque community has continued far beyond music, as their members support new arts endeavors, teach workshops and classes, sponsor murals, and much more.

Made possible with support from a New England Foundation for the Arts NEST Grant.