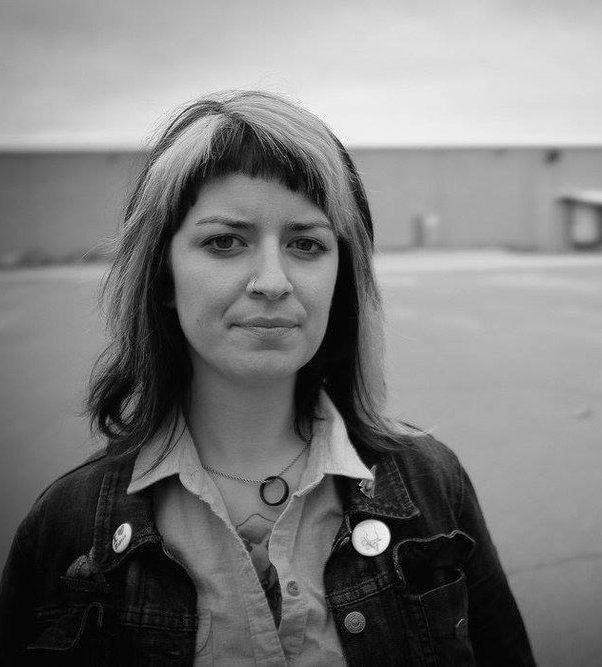 Interview with MorganEve Swain of the Huntress and Holder of Hands

Music programming intern Annie Dodson interviewed MorganEve Swain, frontwoman and songwriter behind The Huntress and Holder of Hands, who will be performing here this Saturday with Sammus and EDT. The Huntress was formed in 2014 after the passing of MorganEve’s husband and musical partner, Dave Lamb. Together they were well known to the music community of Maine and far beyond as the enigmatic folk duo Brown Bird. MorganEve has continued their musical legacy onward and developed her own artistic world with The Huntress and Holder of Hands, named from a lyric of Dave’s from their final record. “…you’re a huntress and a healer and a holder of hands and your heart is the Avalon that I seek for my end.”

The story behind The Huntress and The Holder of Hands is a deeply powerful one. Many local fans, friends, and certainly the staff here at SPACE knew Dave Lamb and the music of Brown Bird very well. As stated in your bio, your music as The Huntress has been a ‘creative vessel’ for exploring your own ‘grief and growth’. When did you know you wanted this personal music to become a band and a record that you’re now actively touring?

Playing in Portland always feels like a sort of homecoming to me, even though I’ve never lived there. The community and love around Dave and Brown Bird is palpable and it always does my heart good. I knew I wanted to make this project a band after we played out very first show in Providence in I guess 2015? Before being asked to play at The Columbus Theater (and therefor putting a live band together) I hadn’t thought much abut playing live, but after the response we got and the circle of love I felt around my experience and the shared grief of the folks who were touched by it, it became something bigger than me. It wasn’t just about my grief anymore, but about the human experience and how we all process love and loss and life. That connection feels amazing.

You originally wrote and recorded this music alone, playing all the instruments yourself. What was the songwriting process like?

Really self-indulgent. Haha. It was an at-home project at first, which meant just me holed away in my house with headphones and a microphone. It was cathartic and almost thoughtless. I wasn’t thinking about making a good song- just getting my feelings out.

How did you go about finding the right musicians to play music that you had worked on privately?

Honestly, I sort of feel like these particular musicians were just meant to be. It’s like when you meet someone and you just know immediately that you’re in love. Liz and EDT and I went to college together. Liz and I lived together for three years; I never knew EDT very well, but we’d played on some projects together. When I realized I needed voices other than my own, they were the first two who came to mind, even though we’d lost touch after school. We all ended up living in Providence (we went to school in Western MA) and they both were such an obvious choice- not because of their proximity but because of the musical badasses they both are. I don’t think I’d be doing this at all without them. And then drums and bass- originally we had Rachel Blumberg playing drums. This band bought her into my life, and though she’s not technically part of the band anymore because of other touring commitments, she’s become a good friend and the first person I call when James can’t make a show. James Maple, who is our current drummer, is one of my best friends. He and Dave and I used to get together and jam, and we were planning on bringing him on board as Brown Bird’s touring drummer. After Dave passed, James and I made a pact that we’d still play music together. So here we are. And on bass- we alternate between my brother Spencer, who I’ve worked with musically in various ways my whole life, and Chris Sadlers, who has played in some of my favorite Providence bands, including DenimVenom, Alec Redfearn’s various projects, and Death Vessel. It’s an honor to have him part of this band. It’s an honor to work with all of these musicians!

Do you tend to write all the parts for your bandmates or is it collaborative? Do you think your process will change for the next record of songs now that you have a group of musicians you’re working with closely?

Originally, I tended to write all the parts, but it became evident pretty quickly that once in the hands of musicians who are actual masters of their instruments, the parts I created evolved into much better parts. I’d definitely like to make things more of a collaboration moving forward. I’d be a fool not to utilize the genius each of these players brings to the table.

This co-bill with Sammus is a magical thing. I’m told it just came together because you both were looking for a show here on the same date. Did you know her music before SPACE paired you both up?

It is totally magical, isn’t it?? I became a Sammus fan-girl pretty immediately upon hearing her record Pieces in Space, which came to my attention through [SPACE music programmer] Peter McLaughlin. Sammus is a total powerhouse who I am completely in awe of. I’m honored that she was as willing as I was to pair these two projects that are pretty wildly different. I’ve always wanted to play shows that cross genre lines and thought it silly to always pair bands who sound alike. Maybe our shared genre is women who have something to say and experiences to share. Let’s party! (I am SO excited for this show.)

Ohhhh man. I am still drooling over the Screaming Females/ Sammus track that was just released. I would absolutely LOVE to collaborate. If you want to put that bug in her ear, please be my guest!